When you think of spooky cities, Galveston may not come to mind if you’re not from Texas. But it is one of the most haunted cities in the U.S.

What You Need To Know

Where do the ghosts come from

The city has made several lists of the most haunted cities in the U.S. In fact, it’s so haunted, there are ghost tour services on the island.

I spoke with Sarah from Ghost City Tours of Galveston to get some insight on the hauntings. “Most of the (ghost) sightings are reported in August and September, which coincides with the anniversary for the hurricane” but there are plenty of ghost sightings leading up to Halloween, says Sarah.

That hurricane mentioned is the 1900 hurricane that submerged the island. This hurricane is one of the worst natural disasters in recorded human history. Read more about the deadly hurricane here. 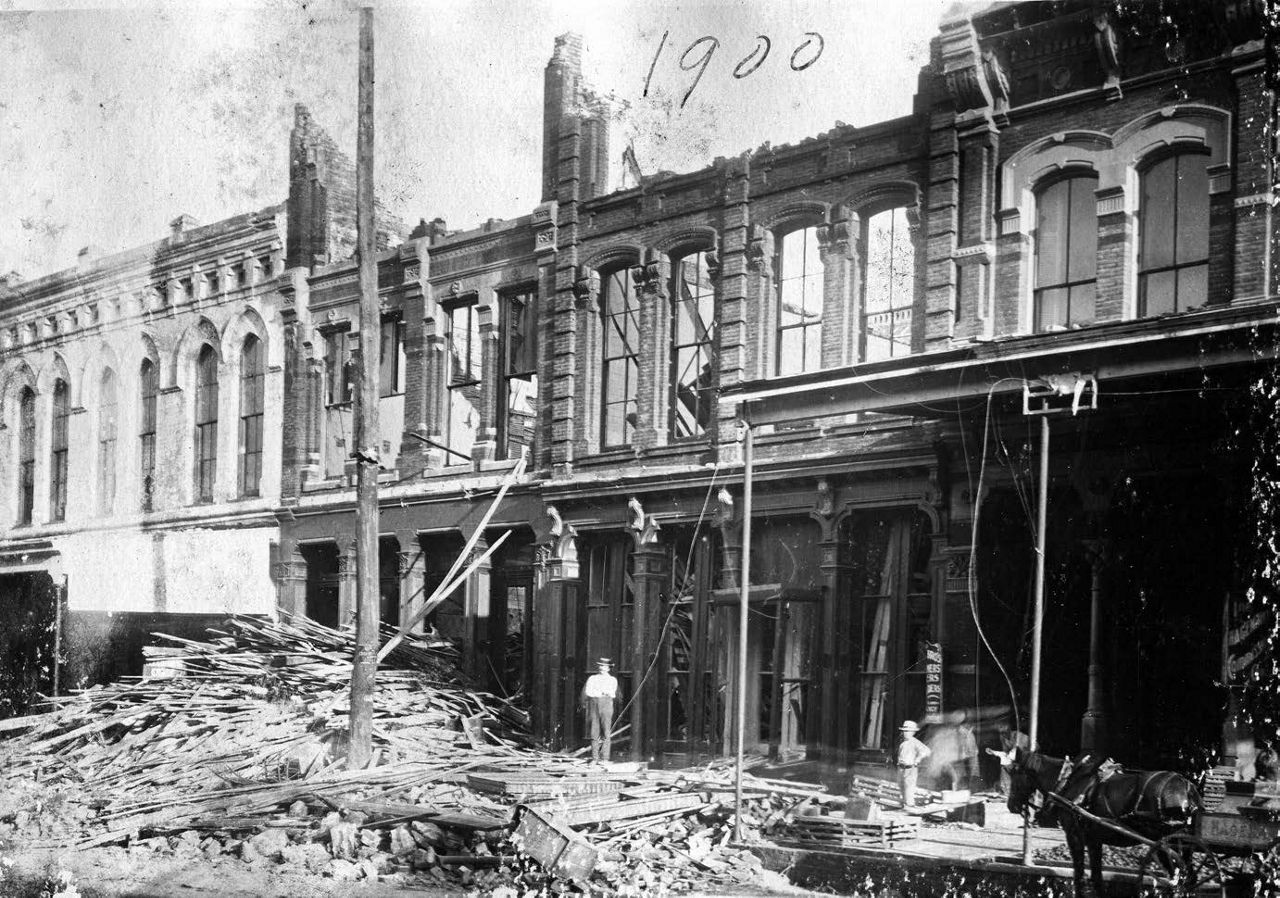 Damage from the 1900 hurricane in Galveston. (Rosenberg Library)

According to Sarah, many of the hauntings stem from this hurricane, but some hauntings are also attributed to the saffron scourge.

The saffron scourge was the yellow fever epidemic that ripped through Louisiana and parts of Texas in the 1800s.

Some places to visit if you’re brave

The stories of hauntings draw many people to the island each year in hopes of catching sight of a ghost. There are dozens of buildings and areas around Galveston that people who live there believe are haunted.

“The Broadway Cemetery is undoubtedly the most haunted location. The Moody Mansion and Bishops Palace are also strong contenders,” says Sarah.

These 3 locations did make it on the list of the 12 most haunted places in Galveston.

Reading through this list did spook me a bit, but I needed more. I wanted chills to shiver down my spine, so I asked Sarah about the creepiest haunting known to Galveston. “My favorite haunting involves the St. Mary’s Orphanage! It involves 93 orphans and ten nuns. They’re said to haunt Galveston Beach.”

On the night of the hurricane, it’s believed that ten nuns held tight to 93 orphan children by tying clothes lines around the children and themselves in an effort to save the lives of the children. Out of those 103, only three survived. Many say the 100 lives that perished haunt the beach where they drowned to this day.

So if you make it to Galveston, don’t be surprised if you hear the children laughing and playing on the beach at night.

If you enjoyed this story, read about these ghost towns in Texas!

During the 1990s, there was a brief moment when directors everywhere collectively decided that they were going to make Westerns popular again. From Tombstone...

Do you believe in ghosts and the paranormal or have you ever had a spooky experience you can't explain?Bracknell Forest is believed to be...
Load more